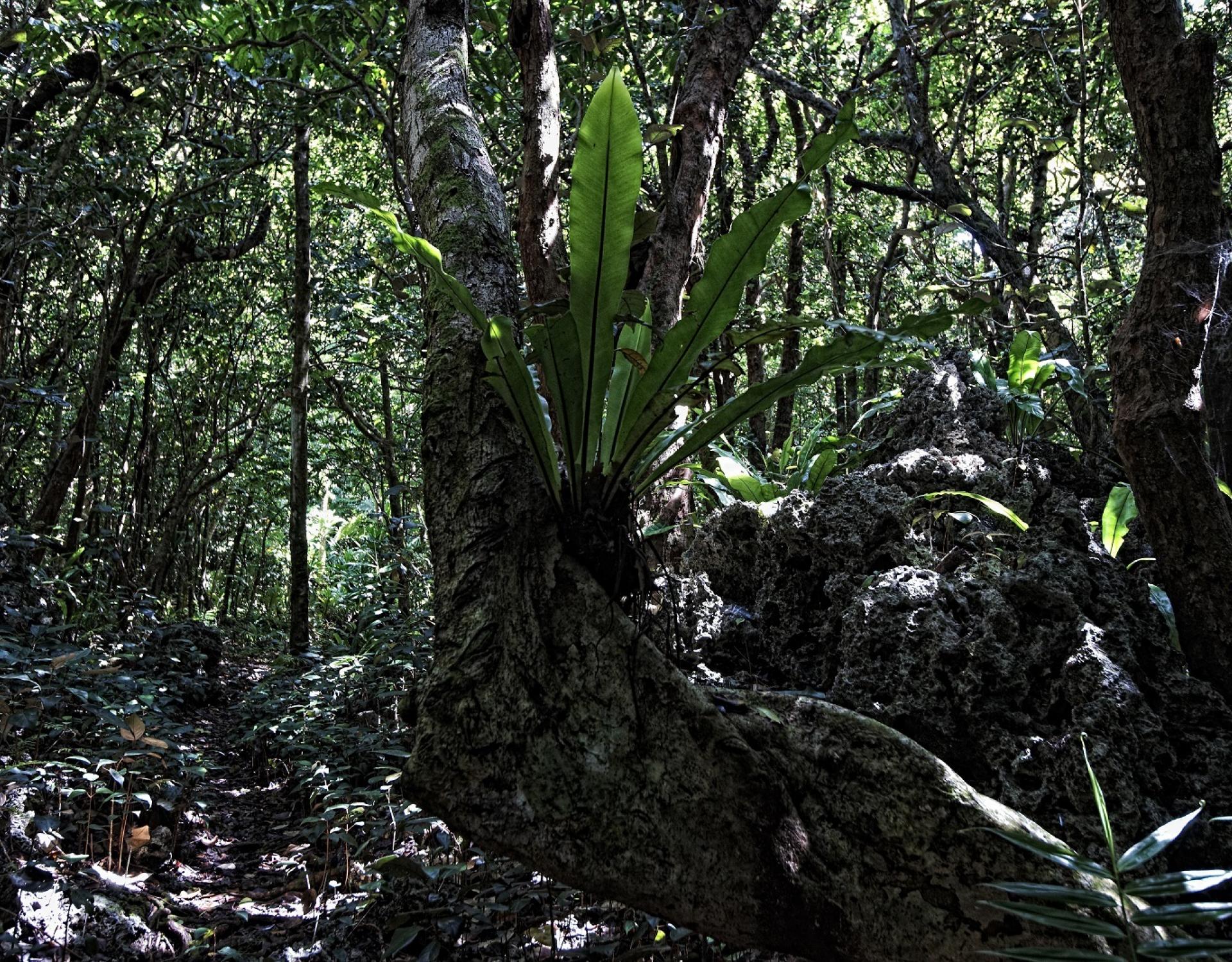 The Huvalu Forest Conservation Area and is situated on the eastern part of the island. The Conservation Area was established in 1992 and covers an area of approximately 54 square kilometres (5,400 ha) surrounding the largest area of primary forest in Niue. It also includes an area of reef platform about 15 to 20 metres from the high tide mark. The conservation area is divided into three sub-areas according to local traditional practices. The core of the area (around 100 hectares in size) is tapu (taboo), a most sacred site where hunting, logging and even research is prohibited. A surrounding area of about 2,500 ha of primary forest provides some protection to the core, but is used for hunting and other activities under the management of land-owning families and the two village councils. Outside this is a buffer zone of approximately 2,800 ha of agricultural land subject to controlled shifting cultivation.