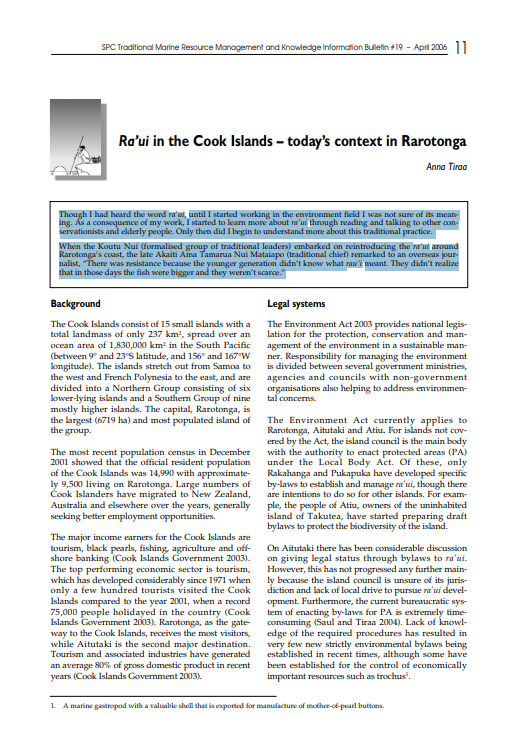 Though I had heard the word ra’ui, until I started working in the environment field I was not sure of its meaning. As a consequence of my work, I started to learn more about ra’ui through reading and talking to other conservationists and elderly people. Only then did I begin to understand more about this traditional practice. When the Koutu Nui (formalised group of traditional leaders) embarked on reintroducing the ra’ui around Rarotonga’s coast, the late Akaiti Ama Tamarua Nui Mataiapo (traditional chief) remarked to an overseas journalist, “There was resistance because the younger generation didn’t know what rau'i meant. They didn’t realize that in those days the fish were bigger and they weren’t scarce.”