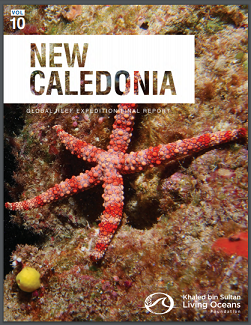 The world has recognized the reefs of New Caledonia as hosting some of the most beautiful and well-preserved tropical marine habitats, globally. New Caledonia is isolated in the southwest Pacific Ocean, about 1,300 km east of Australia. The country is situated in the Coral Sea, which hosts some of the most biodiverse coral reefs in the world. In July 2008, UNESCO declared the Entrecasteaux Atolls, as well as the lagoon surrounding Grande Terre, and four other marine sites, as official World Heritage Sites with the goal of preserving and protecting New Caledonia’s coral reef habitats. This designation prompted the local government to expand protection of their marine habitats to the entire Exclusive Economic Zone (EEZ). Their vision was to create an expansive marine park allowing New Caledonia to more efficiently manage their marine resources. On September 4, 2012, the government of New Caledonia announced its plan to develop a “natural park” encompassing the entire EEZ with the intention of protecting all its natural waters and habitats. Le Parc Naturel de la Mer de Corail was adopted into law on April 23, 2014, protecting 1.3 million km2 , making it one of the largest marine protected areas in the world . This commitment toward conservation aligned strongly with the conservation mission of the Khaled bin Sultan Living Oceans Foundation (KSLOF), prompting our collaboration with New Caledonia on the Global Reef Expedition (GRE)... All the sites surveyed on the GRE mission to New Caledonia were specifically chosen because they were, at the time of the expedition in 2013, priority sites for conservation and required additional scientific knowledge.

Nature-based solutions can help cool the planet — if we act now
May 14, 2021 by [email protected]
Read More

Over $36,000 worth of turtle shell jewelry seized
May 14, 2021 by [email protected]
Read More
END_OF_DOCUMENT_TOKEN_TO_BE_REPLACED