Another call for PNG to cancel sea bed mining licences 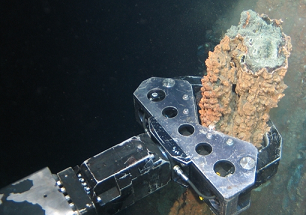 The former governor of Papua New Guinea's Madang province, Sir Arnold Amet, has renewed his call for the government to cancel sea bed mining licenses.This comes as Canadian miner Nautilus, in which the PNG government has a 15 percent stake, is fighting through the courts for its economic survival.