Lessons from the rush to reforest 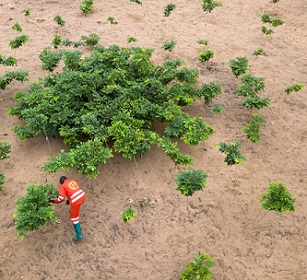 When an international team of scientists announced in 2019 the potential of restoring forests to slow climate change, the world grabbed shovels. Tree-planting initiatives sprang up from Ethiopia to Nepal, spurred by corporations eager to sponsor them. Combined with projects already in the works, the planters included villagers in Indonesia, drones dropping mangrove saplings in Myanmar, and dogs scattering seeds in Chile. Their efforts have coalesced under a collective goal to plant one trillion trees by 2030.