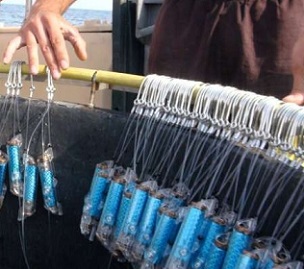 For sharks living in the open ocean, longline fishing is the number-one threat, with an estimated 20 million pelagic sharks caught annually by fishers looking for tuna and other desired species. Now, a new study reported in Current Biology on November 21 shows that a new technology, known as SharkGuard, could allow longline fishing to continue while reversing the dramatic decline of endangered sharks around the world.