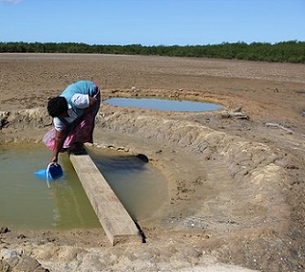 Sustaining the traditional salt-making practice at Lomawai village in the province of Nadroga is under threat, due to climate change and sea-level rise. Lomawai salt-maker, Tavenisa Natoro says freshwater is now mixing with seawater due to recurring rainfall. She says this affects the production of salt and the fear of losing out the tradition.