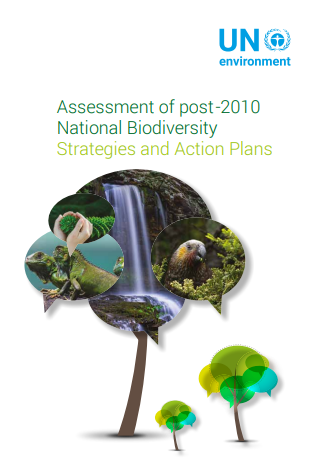 National Biodiversity Strategies and Action Plans (NBSAPs) were always seen as a key instrument for national implementation of the Convention on Biological Diversity and other biodiversity-related multilateral environmental agreements (MEAs). This role was reinforced by the adoption, at the tenth meeting of the Conference of the Parties to the Convention on Biological Diversity in 2010, of the Strategic Plan for Biodiversity 2011-2020, including the Aichi 5 Biodiversity Targets.1 Aichi Target 17 reads “By 2015 each Party has developed, adopted as a policy instrument, and has commenced implementing an effective, participatory and updated national biodiversity strategy and action plan”. In 2014, the Fridtjof Nansen Institute conducted, for the United Nations Environment Programme (UNEP), an interim assessment of the 25 post-2010 NBSAPs submitted until May 2014. The purpose of the assessment was to evaluate countries’ consideration of the Strategic Plan for Biodiversity and their readiness to contribute to the Aichi Targets through national-level action.2 It was completed in a limited period of time so that it could be presented at the fifth meeting of the Ad Hoc Open-ended Working Group on Review of Implementation of the Convention in June 2014. The present report provides a more comprehensive assessment of 115 NBSAPs submitted by September 2016.