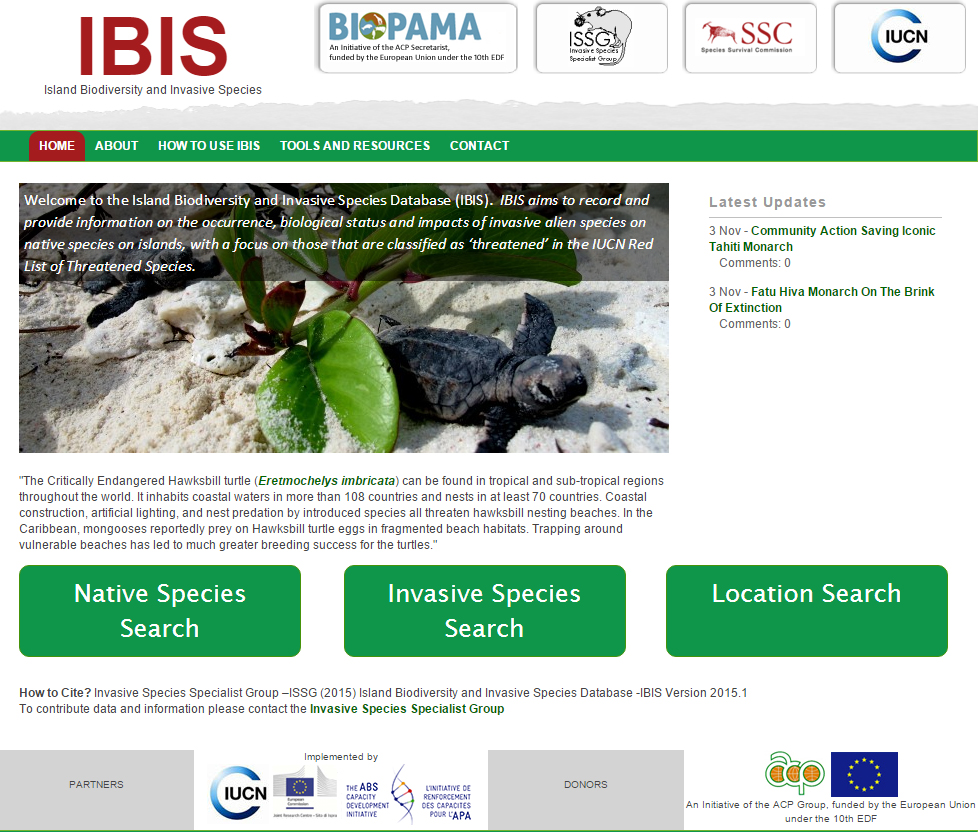 The Island Biodiversity and Invasive Species database (IBIS) was developed by the IUCN SSC Invasive Species Specialist Group in response to feedback from island conservation managers that there was a need for better access to data and information on invasive alien species on islands and how to manage this insidious threat.  The resource is targeted at decision makers and practitioners to support them in prioritizing of management action, target setting and monitoring progress. The IBIS prototype was developed in 2011.

IBIS aims to record and provide information on the occurrence, biological status and impacts of invasive alien species on native species on islands (with a focus on those that are classified as ‘threatened’ in the IUCN Red List of Threatened Species- Critically Endangered (CR), Endangered (EN) and Vulnerable (VU)), and threatened species on National Red Lists) and the prevention and management of this threat.