IMPACTS OF PLASTIC POLLUTION ON FRESHWATER AQUATIC, TERRESTRIAL AND AVIAN MIGRATORY SPECIES IN THE ASIA AND PACIFIC REGION 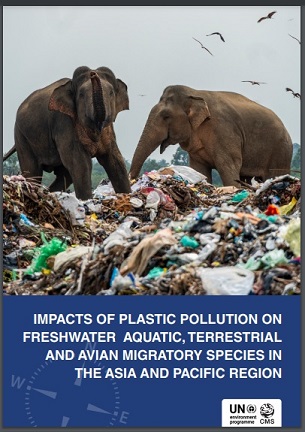 This report is the result of a collaboration between the Convention on Migratory Species and the UN Environment Programme as part of the CounterMEASURE II plastic pollution programme, generously funded by the Government of Japan, to assess the impact of plastic pollution in the Asia-Pacific region. It was prepared for the CMS Secretariat by the National Oceanography Centre, UK. This report is an important addition to knowledge on the threat of plastic pollution on CMS-listed species in terrestrial and freshwater ecosystems in the region. Among its findings, the report concludes that species that are protected under the Convention on Migratory Species, including freshwater species, land animals and birds, are impacted by plastic pollution.

Landsat at 50: How satellites revolutionized the way we see, and protect,…
September 26, 2022 by sprep-pa
Read More