Area-based conservation in the twenty-first century 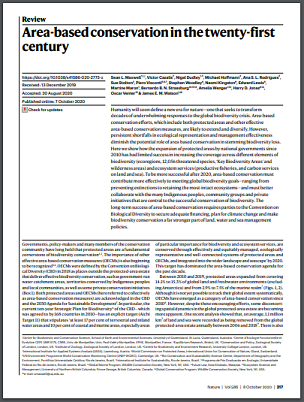