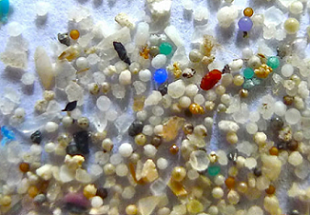 Microplastic pollution is a threat to marine life and is found in the bodies of animals all along the food chain. Detecting microplastic pollution levels in the oceans is becoming increasingly important, in part so that sources can be found and vulnerable species protected if possible. Traditional testing via tow nets and lab analysis is slow and expensive, but a new generation of sensors is being developed to measure microplastics faster and at various depths.