Whale in distress rescued by local fisherman and fisheries crew 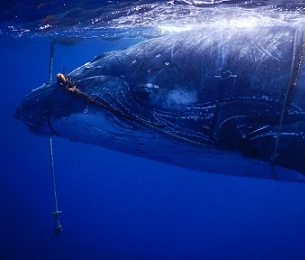 A sub-adult humpback whale was reported to be in dire need of help after local fisherman BJ Rex spotted the whale while out at sea just off the coast of Tuapa village last Thursday morning. According to Niue Blue’s Facebook page, the whale was seen to be entangled with ropes from a Fish Aggregating Device (FAD).  “BJ was first on the scene and made an initial assessment of its condition, and it was clearly exhausted and unable to move,” says Niue Blue.