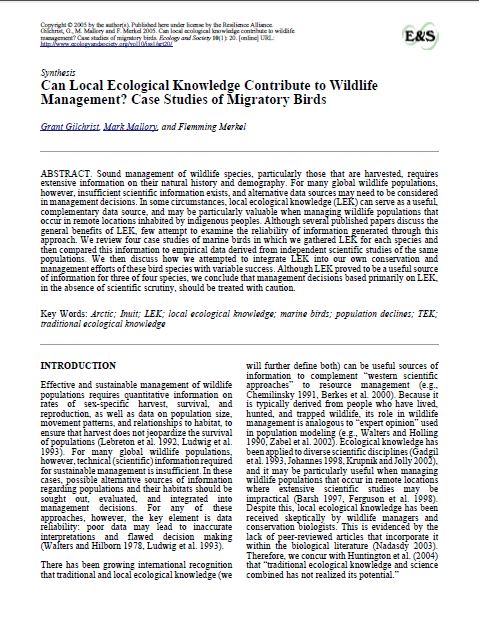 This published paper reviews four case studies of marine birds in which the authors gathered local ecological knowledge (LEK) for each species and compared it to empirical data derived from independent scientific studies of the same populations.

The authors also discuss how they attempted to integrate LEK into their own conservation and management efforts with variable success. They conclude that although LEK was a useful source of information for three of four species, management decisions based primarily on LEK, in the absence of scientific scrutiny, should be treated with caution.